Talking Back: The Problem with Tolerance

Have we become too tolerant of intolerance?


The kinds of intolerances I’m thinking of are sexism, misogyny, racism, homophobia, transphobia, xenophobia, general ignorance – to name just a few. Do those of us who consider ourselves allies and advocates on the larger scale, on a global scale, criticizing policy and ideology, let people, in our everyday life, get away with too much? I have, and I don’t want to anymore. 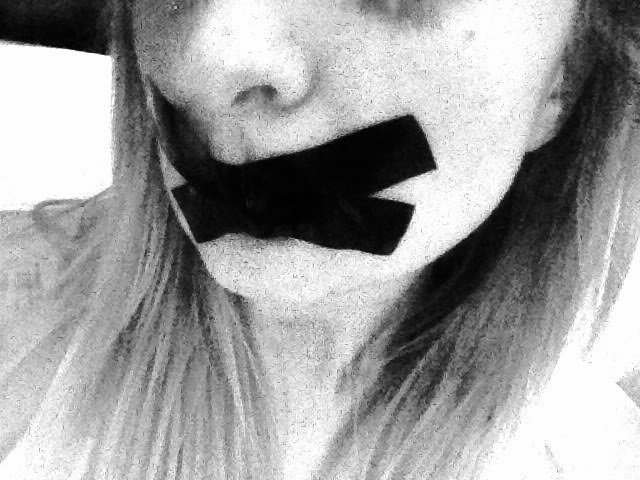 As a person who wants others to be tolerant of difference and diversity, it makes sense that I would be tolerant of them. But lately I’ve been thinking of the limits of tolerance. Is there a point where we should just not tolerate the opinions and stances of others? Is there a point, in this culture of tolerance and rational, independent, opinionated individuals, where we can fairly say, “no, you’re just wrong.”

Open-minded, tolerant people – with whom I consider myself to belong – face circumstances where we choose not to engage on a daily basis. Where we say “nah, there’s no point trying to reason with them" and "they won't get it." Where we bite our tongues and stay silent and expect nothing better from the people or organizations that we don’t agree with, and just learn to expect less. We lower our expectations where we should be raising them.

While I’ve always been an assertive, outspoken person, ready to engage in a debate and, calmly and fairly, state my point while trying to respect the opinion of my interlocutor, I’ve often avoided conflict and confrontation and just given up with people I assumed to be too set in their ways, difficult, or disinterested to see the flaws in their attitude or beliefs.

A prime example is how we – my generation, in my experience anyway – sometimes shy away from confronting older generations about their homophobia. We accept that they can’t understand LGBTQ issues, and why gay and lesbian people should be able to marry, and leave it at that. We’re annoyed and angry, but we see it as a lost cause.

But in my experience as a 26-year-old woman, I don’t get “away with” things for being young. I don’t get let off the hook with things I should know. I have to adapt to and grow up in this world, and others – even those who were raised to believe that women were inferior to men, or that "the gays" were going to hell – need to adapt to mine. And it’s time to stop letting people off the hook. I don’t care how you were raised or what your parents taught you, or your God taught you. At some point, your intolerance and ignorance just doesn’t work. It just isn’t good enough.

I can work with, be friends with, get along with people who have different views and values than I do, even radically different ones, but at some point a difference of opinion is too fundamental and essential to one’s character and overarching world perspective that I can’t work with it. You have to find your limits and take a hard line.

I can’t respect someone who doesn’t respect the rights of gays and lesbians and trans people, because the reasoning that leads them to that stance makes me suspicious of all their reasoning. You don’t have to identify as a feminist, but I can’t respect someone who doesn’t believe in and value gender equality. I can’t enjoy a conversation with someone who makes generalizations about other ethnicities or countries without even attempting to educate themselves. At some point, the shortcomings of someone’s worldview are just too great for me to overcome.

Those are my hard lines. You may otherwise be a “nice” person, a decent person, a smart person, but I can’t tolerate ignorance and intolerance. Every time we avoid confrontation, we miss an opportunity to hold the other person accountable for their actions and words.

Here’s to talking back.
Posted by Zaren Healey White at 12:01 AM 1 comment: 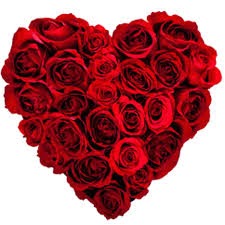 Valentine’s Day is the most loved-to-be-hated occasion and it’s often a matter of one’s current positioning.

To go into how Valentine’s Day is just another corporate concoction to sell flowers, chocolates, and cards is so obvious it barely warrants stating. We all know this and still many of us participate in the narrative, willingly or reluctantly. But isn’t Mother’s Day the same? Aren’t most holidays and occasions, with religious underpinnings or otherwise, functioning similarly? So why hate Valentine’s Day more than Christmas or any other day entrenched in the directive to spend money, stress out, and impress people? 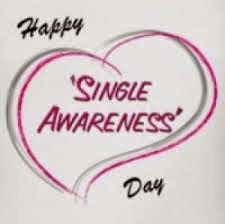 I admit, however, that the special feeling of having someone you love give you a gift or “take” you to dinner is pleasing, and something that few people could convincingly assert that they don’t or wouldn’t enjoy. So while Valentine’s Day may be lame and inconsequential to the grander scheme, there’s been such a movement of resistance, such a move towards hating Valentine’s Day, that those who participate may feel ashamed, and I think that’s bad too. Don’t shame people for not participating, and don’t shame those that do.

If we treat V-Day as a great opportunity to take the time to express your love and appreciation of anyone and everyone - friends, family, pets, as well as lovers - I think it can be a really positive thing. In fact, I’m doing up co-worker Valentine’s Day cards at this very moment.

That being said, the typical, codified gender politics of Valentine’s Day are bothersome, archaic, and benevolently sexist.

My main problem with Valentine’s Day is, like many things, it has become more about letting others know how loved you are than about how loved you feel, based on your one-on-one (or multiple on one, depending on how you experience relationships) experience with your lover. In a world of increasing and constant sharing, do I care if I get flowers, or do I care if I get to show you that I did? I write this recognizing that I’m sharing this on my blog for public consumption, and then advertising my blog through Facebook and Twitter.  I write this as a super plugged-in user of every “social media” that thus far exists, and as a person who has showcased my Valentine’s Day gifts through photos on Facebook for the last two years (although, to be fair, in 2012 I received a plush Edgar Allan Poe doll so how could I not inform the world?)

In fact, the idea for this post arose from telling my partner that I would be embarrassed if I received chocolates or flowers at work, in front of people, because however sweet and flattering that appears to be on the surface, and no matter how successfully he would be following the heteronormative masculine script by doing so, there’s no need to make our relationship, and how good or bad or commercial it may be, a spectacle for others to consume.

As a feminist, I want women to be valued and treated with respect and equality. On the surface, the idea of a day where (heterosexual) men are expected to cater to their female partners and shower them in gifts that symbolize love seems…nice. The marketing, the commercials, the way we colloquially discuss the imperative to “not screw up” Valentine’s Day reifies this expectation. It is gendered and it is heterosexist.

Yesterday, I took note of casual references to Valentine’s Day being about how the fellas better get their acts together. Advertising expects the disinterested, begrudging male to be rushing around last minute to find a bouquet for his expectant partner based not so much on the desire to please her, than on the fear of failing what he has learned he must do in order to be a good boyfriend / husband.

First of all, this is not giving menfolk very much credit, as many men want to impress their female partners and have totally bought in to the societal, commercial expectation to do so. But more alarmingly, why are they expected to in the first place? Why is fake surprising your partner with flowers or being nicer than you are the other 364 days of the year something that matters, and is expected? And why does the responsibility fall mainly on men? If you don’t feel loved and appreciated with your partner on a day to day basis, that’s a problem even chocolate won’t fix.

As a heterosexual woman, I’ve never been made to feel that I have to deliver anything on Valentine’s Day. The gift giving, should it take place, within heterosexual couples is socially scripted as being the imperative of the man. Anything the woman does is often viewed as a bonus. I wasn’t socially conditioned to ask my female friends what they’re getting or doing for their male partners. I’ve often, due to my interest in giving cards and enjoyment in things typically considered sentimental or romantic, participated in the giving side of Valentine’s Day in relationships, but that gesture is socially viewed as a bonus. If I told someone casually that I took my boyfriend out to a fancy dinner, gave him a dozen roses, and a beautiful card, and then revealed that he “gave” me nothing, they would be surprised and probably judge him. Much more surprised than if the exact situation and one-sided giving was reversed. 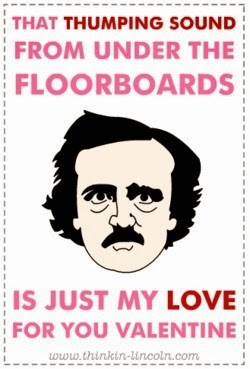 What I dislike about the cultural script of Valentine’s day is that it’s so damn normative. All commercials focus on “him” getting the perfect gift for “her” (the same criticism is writ preposterously large in the engagement ring industry). Where do gay and lesbian couples fit in? Where does the trans or genderqueer person fit it? Why do societies and organizations – who often congratulate themselves as being open, tolerant, and supportive of sexual and gender diversity – drop the proverbial ball when it comes to these steeped-in-gender-norms occasions? Why do we continue to circulate social scripts that are outdated and have long outlived their usefulness and relevance?
Benevolent sexism is still sexism, and we need to interrogate how occasions such as Valentine’s Day promote warped gender relations.

And finally, a bonus: Here’s "A Valentine" by my main man, Edgar Allan Poe:


For her this rhyme is penned, whose luminous eyes,
Brightly expressive as the twins of Leda,
Shall find her own sweet name, that nestling lies
Upon the page, enwrapped from every reader.
Search narrowly the lines!- they hold a treasure
Divine- a talisman- an amulet
That must be worn at heart. Search well the measure-
The words- the syllables! Do not forget
The trivialest point, or you may lose your labor
And yet there is in this no Gordian knot
Which one might not undo without a sabre,
If one could merely comprehend the plot.
Enwritten upon the leaf where now are peering
Eyes scintillating soul, there lie perdus
Three eloquent words oft uttered in the hearing
Of poets, by poets- as the name is a poet's, too,
Its letters, although naturally lying
Like the knight Pinto- Mendez Ferdinando-
Still form a synonym for Truth- Cease trying!
You will not read the riddle, though you do the best you can do.

Posted by Zaren Healey White at 12:22 AM No comments: