How I Learned to be a Girl Vol. 2: Or, My Parents Raised a Feminist 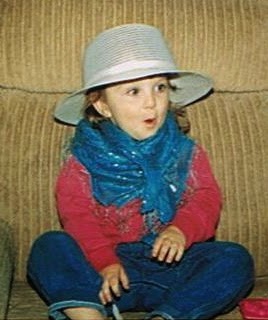 In my last post I talked about “learning” to be a girl. The way I phrased it suggests both that 1) gender is learned through socialization and that 2) an idea of what it means to be a girl exists externally from each female person’s individual experience – both of which I think are true. But I wanted to add some more ideas to this conversation.

I don’t mean that I learned to become what society expects girls to be, although in some ways I’m sure I am. I mean that there are many ways to experience girl-ness and woman-ness and I credit my parents with allowing me to discover what that meant and never trying to make me conform one way or the other. A lot of what we “know” about gender has been learned and, in trying to unlearn and relearn, I find it useful to think about childhood.

I told someone how I used to play a lot with Legos as a young child, especially medieval sets – castles, knights, weapons, and dragons. Recognizing prevailing stereotypes of kids’ toys, she said “but you knew you were playing with ‘boy’ toys, right?”

I was the first child and, having a brother six years younger than me, for a good chunk of time I was the only child.

And I didn’t know anything about girls and boys toys.

I tried them out a bit when I was very young, but mostly I fake smiled when I received these dolls as gifts. But does that mean I didn’t play with lots of “girls” toys? Not at all! I lived for My Little Ponies. I’m fairly certain my social worth was directly proportional to the number of Ponies I had at any given time.

A new Pony was like winning the lottery to me. While I look back on my childhood as having been flush with toys and amusements, I recognize now I didn’t have that much compared to some kids, and certainly not as much as I see kids having today. I got a lot of hand-me-down Ponies, Barbies, Legos, and other toys, and I cherished it all. And while you could get these fancy plastic Pony Palaces with multiple floors and bedrooms, I had something better. My dad built me a custom made, wooden Pony barn. It had stables, hooks to hang up their accessories; it was amazing.

After all, they were horses and it was just unrealistic to make them live in a palace. Even at seven years old I was a pragmatist.

I don’t ever remember being treated differently because I was a girl. My dad taught me how to kick a soccer ball (he had been a very competitive soccer player before a knee injury, and it gave him great pride to see me become adept at soccer), he taught me how to throw a ball, he taught me how to plant things and dig and be a gardener. My fondest memory of my father is going camping together around age six or seven and being delighted because I could wear the same dirty t-shirt for three days straight, eat Fruit Loops out of the box, and carve sticks with pocket knives.

But lots of girls I know had a lot of fluidity between gendered expectations and activities. I’d like to see it get easier for little boys to experience the same flexibility in play.

Our childhood doesn’t influence our adulthood in one fell swoop – one moment or action doesn’t completely dictate who we become. But each moment is a tiny rock in a great stone wall. There are lots of things that were not so great about my childhood, others that were objectively crappy.

I’m a first generation university graduate – my parents didn’t do gender studies and feminist analysis and figure out how to raise me. They didn’t try to artificially remove gender stereotypes and expectations and go to lengths to consciously create an open minded, gender-critical person. Since age 10, I was raised primarily by my mother.

What they did, what she did, was more so the art of not doing.

I wasn’t ever really forced into anything. I didn’t have to wear the Brownie dress uniform, because I didn’t want to, so I didn’t. I was given the option to take piano lessons, even though we couldn’t really afford them, and I took them gratefully. I wasn’t told what religion to practice, or that I should or shouldn’t be religious, so I naturally came to atheism on my own (and at a notably young age).

I didn’t rebel much as a teen, because there was nothing to rebel against. I was given tonnes of freedom, personally, emotionally, socially, and spiritually.

I’ve been thinking a lot lately about how I personally discovered feminism despite the fact that I, fortunately, have never felt discriminated against because of my sex or gender (although I may have been, and gender stratification is real and operating insidiously every day). I never felt I couldn’t do something because I was born female. I was never taught about different jobs for men versus women or anything about a woman’s "proper" role. And although I had no conception of it as a child and even into my teens, I was born with a lot of privilege, and in many ways I am very lucky.

Things like having freedom to choose whatever toys you wanted to play with is a teeny tiny aspect of learning gender. But it matters. Gender is taught to kids each and every day in seemingly innocuous ways.

A friend of mine is having a baby shower. I was delighted by the invitation:

And this piece of text:

The best Christmas I can remember is when I received a realistic, anatomically accurate collection of dinosaur figurines.

I don’t think my mother set out to raise a feminist. I’m glad she did.
Posted by Zaren Healey White at 12:15 AM