50 Questions Shaded: Ambiguity and the Ethics of Fiction

Browsing in a bookstore in the Montreal airport during an extensive travel delay this week I noticed the French title of Fifty Shades of Grey: “Cinquante nuances de Grey.” There’s something about the translation, and the use of the word nuance, that really highlights the sheer range of reactions to the phenomenally popular book trilogy and, now, the first film. 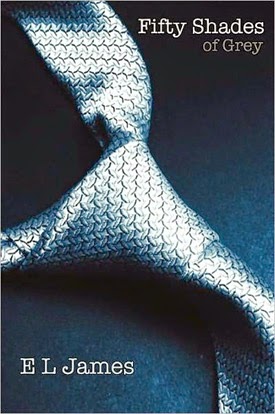 While reacting to Fifty Shades in a 2012 blog post was actually the writing experience that got me interested in critical blogging, I’ve been reticent to immediately chime in on the renewed surge of chatter and criticism related to the film’s release. I’ve deliberately let my thoughts and observations simmer and percolate, while trying to read widely what others have been writing (without going cross-eyed – there is a saturation point, even for voracious Internet readers).


What interests me most about Fifty Shades of Grey as a fictional entity (literary and filmic) is how it prompts us to think about how and why fiction matters.

Having studied English literature, I’m the first to say that fiction matters. Fiction, evidently, teaches us a lot about ourselves and what we desire, what we value, what we fear. If fiction didn’t matter, no one would care whether or not Fifty Shades glamorizes unhealthy relationships, for instance. Certainly, I think caring about what Fifty Shades depicts and the themes that emerge from the works is valid and valuable.

But I also wonder what we expect from fiction and if it has any value if it only depicts the world as it should be. I’m thinking not. And when I look to the books, films, and television series that have captivated and provoked audiences in different eras, I think we can agree that it is often the dark, deviant, or pessimistic depictions of life, society, and human nature that we crave.

Since I have no resolved, neat and tidy position on the books, their content, and their reception, and since I haven’t yet watched the film, I’d rather blog some questions I think the Fifty Shades franchise elicits. I think focusing on one’s own questions can sometimes be more helpful than focusing on taking a strict, unambiguous position. If there’s one thing I feel the books can provoke us to discuss, it is ambiguity. 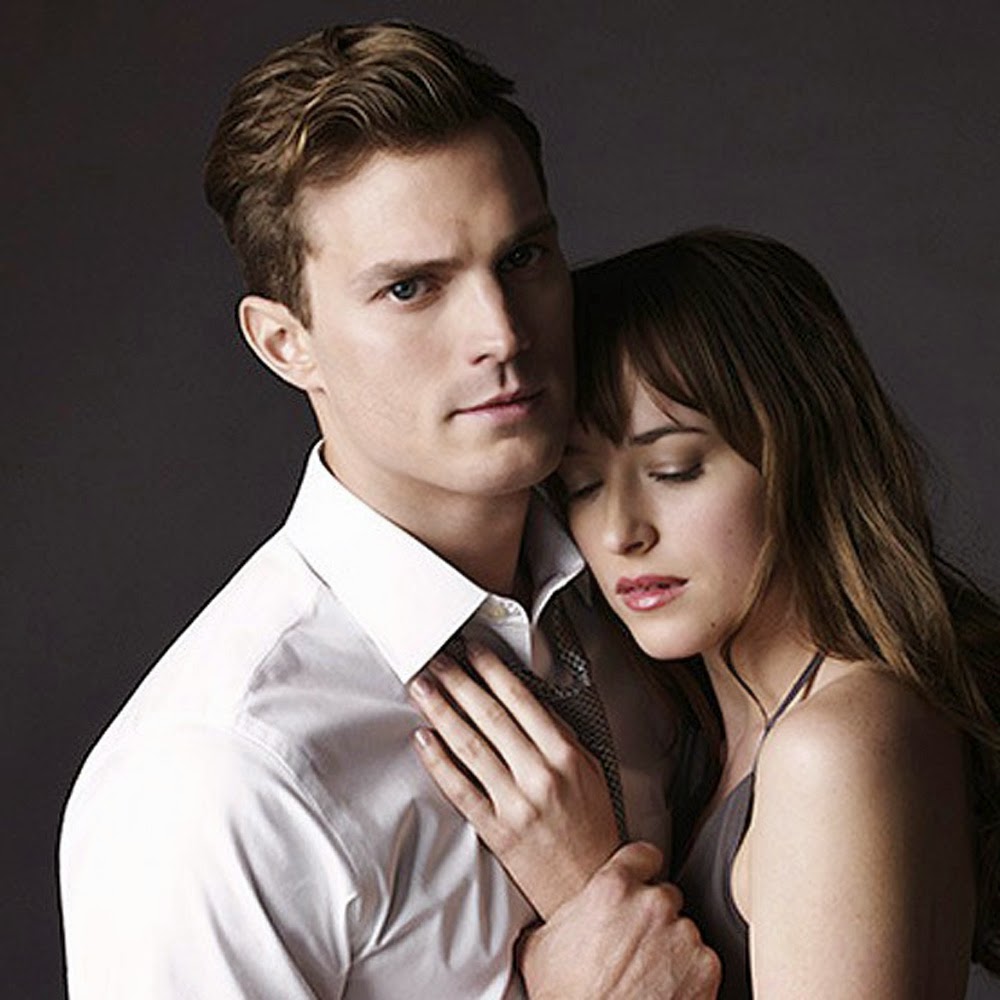 So, for the love of nuance,
here are 50 questions.

1.     Is Fifty Shades so controversial because it’s low/popular culture?

2.     Imagine a similar set of books, content wise, executed with exemplary prose, fewer repetitive clichés, and less popular with adult women and “moms” (notwithstanding the fact that moms can belong to a wide variety of age groups, let’s face it: the fact that older adult women have apparently liked the books has been used to invalidate the books as legitimate cultural products). Would this hypothetical book be treated the same way?

7.     Anastasia Steele – setting unrealistic expectations for otherwise average college graduates. OK that was a statement but the previous one was multi-part.

8.     E. L. James depicts female sexuality as latent and dormant until awakened by a sexually experienced man. How does this reify misconceptions about gendered sexuality and women as passive and passionless until initiated into sexdom by a man?

9.     How does James potentially royally mess up girls’ and women’s views on their own orgasm?

10.  Why do you think she chose to write Christian Grey as all kinds of things AND a billionaire? Why the connection between wealth/power and sexual power?

11.  What might young women learn about sex from the books? Young men? Are there any positive takeaways?

12.  If you read Fifty Shades, did you find it arousing or not? In other words, did it fulfill a practical function as pornography?

14.  Is Fifty Shades of Grey even about sex?

16.  What would the book have been like if Ana was assertive, experienced, and into it from the start?

17.  If Christian is so rich and famous, how is it remotely plausible no one knows his secrets?

18.  What did you think of the fact that Ana doesn’t have an e-mail address at the start of the book (in 2011) but plans to pursue a career in publishing? 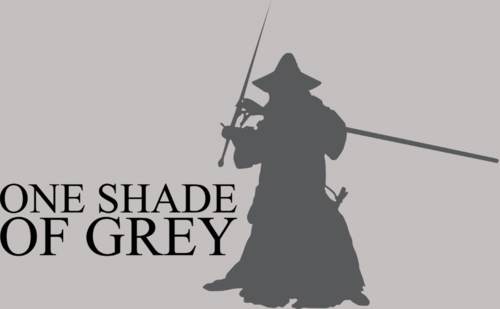 20.  Is there an argument for the book(s) as positively depicting female sexuality and freedom?

21.  Is there an argument for the book(s) enforcing a restrictive, hegemonic view of male sexuality?

22.  Would the book have been less successful/ popular if it was more moderate and less over the top?

23.  Why do you think so many people read it and liked it?

24.  How does the knowledge that James’ writing started as Twilight fan fiction play into our perceptions?

25.  Why is Christian depicted as having such a disconnect between sex/physicality and emotional intimacy? Is this in any way realistic?

26.  How do you think the books treat consent?

27.  Doesn’t Ana technically (and deliberately) consent? Does the argument that she was coerced deny her agency?

28.  How do we read the book critically somewhere between assuming Ana’s character is coerced and has no agency on one hand, and assuming sex equals liberation on the other?

29.  Yes James attempts to neutralize the critique of gender dynamics (man = dom, woman = sub) by ensuring we know (over and over and over again) about Christian’s previous relationship with Elena Lincoln, but still, she chose to write the actual story depicting a young, virginal woman and older, experienced, powerful man. What would a book be like with the genders swapped?

30.  Would you REALLY not even tell your best friend if you were having a secret, kinky affair with a famous dude?

31.  A lot of critiques about the fictional relationship depicted focus less on the dynamics within the Red Room of Pain and more on Christian’s attempts to control all other aspects of Anastasia’s life. Implications? What could this tell us about sexual violence and domestic abuse in real life?

33.  Is it easier to talk about sex generally and sexual preferences, specifically, since the publication of Fifty Shades?

35.  Writing: “My inner goddess is doing the merengue with some salsa moves” – what.

36.  I saw a tweet that suggested Fifty Shades is not promoting sexual violence and control over women any more than The Hunger Games is promoting the slaughter of innocent children (paraphrased). While I think it’s abundantly clear within the logic of The Hunger Games trilogy that the characters we are meant to empathize with are rejecting and rebelling against the Capitol, and thus are against the violence, whereas we are meant to empathize with Christian in Fifty Shades, it is an interesting idea. What does Fifty Shades promote?

37.  Does Breaking Bad promote / endorse drug manufacturing and killing people? Or do I feel less inclined to start cooking meth based on lessons learned from the series?

38.  Does depiction = promotion and endorsement?

39.  Does this argument matter more or less depending on the depictions in question and their connection to real world systemic issues of inequality and oppression?

40.  While it’s been called a fantasy based on its sexual content, “fantasy” is not the genre of the books (see question #15). If it was written as a fantasy or science fiction text set in an alternate world or time, would that cause a different reading?

41.  If the books are so bad (and I do think they are poorly written, in terms of content, diction, style, and narratology) then why do so many people like them? Do people like bad books? Who gets to say they are bad? Can we not trust the opinions of so many readers?

43.  Many have pointed out that the narrative itself is old and often told – we see similar tales everywhere throughout literature (Beauty and the Beast is an interesting connection). So why all the fuss about THIS incarnation?

44.  Do we treat high culture better in terms of moral accountability?

46.  Is E.L. James a feminist? Should we even be able to deduce that from fiction writing?

47.  Thought experiment: Maybe James wrote the books to show girls and women all the reasons NOT to get caught up with a rich, powerful, control-freak billionaire dude bro. Do you think aspects of the book may serve to caution against certain kinds of relationships?

48.  Does the author’s intentions matter? Her morality? Her gender?

49.  What would happen if people cared as much about real-life examples of sexual violence and domination of women as they do about fictional ones?
...