I am using “fashion” inclusively to mean all aspects of bodily self-presentation: clothing, accessories, hair, make-up, etc., rather than to suggest what is “fashionable” or “in fashion.”

I am a feminist researcher, student, and blogger and also a fashionista. I imagine most readers will not assume this to be a problematic link, as contemporary feminisms have helped many to unlearn assumptions about feminist praxis as unilateral and singular in focus and method. While some people think devoting any time to the argument that women* should be able to wear makeup and “feminine” clothing (and be taken seriously amongst the prevailing, deeply entrenched false correlation between feminine-ness and artificiality) is meaningless compared to other more fundamental feminist concerns (such as reproductive justice and freedom, to name one), I operate from a feminist viewpoint that seeks to avoid ranking or hierarchializing feminist issues.

*When I say women, I always mean all women, cis and trans.

My right to access safe and legal abortion is more valuable, on an immediate, visceral, life changing level, than my right to walk down the street, as a person with feminine or female-appearing body, safe from catcalling, yet both inform and shape my embodied experience of life as a woman under heteropatriarchy.

Isn’t feminism, at its core, part of a movement to dismantle social hierarchies? In a sexist culture, there is no shortage of concerns facing women to choose from.

So while widespread knowledge of feminism as a lived, daily, meaningful praxis continues to increase (thanks, in large part I believe, to the continued seepage of feminist scholarship and activism into other, primarily online, spheres and outside of strictly academic circles), there is so much to discuss and consider in terms of lived realities for embodied subjects presenting their gender as female/feminine.

What we wear on these gendered bodies may seem trivial at first glance, but I believe a lot can be learned about how we judge, respond to, and interact with bodies. In my experience – in a northern region of a northern country in the West – clothing and self-styling are hugely important. In the societies I’ve lived in, my body must be clothed. If bodies are so integral (even if, often, because of our rejection of the physical body’s centrality to gendered embodiment) to our understanding of self, others, and gender relations, how can we dismiss clothing, hairstyling, accessories, make-up, and other mediations of self-presentation to the world, as trivial and peripheral.

Fashion is just one aspect of how we self-present, but it’s a hypervisible one.

For me, clothing is not apolitical. Clothing is not simply about utility, or comfort, or warmth, or adhering to the public nudity taboo. Clothing has always been part of my praxis, described as self-expression on a basic level and radical visibility on a more theoretical level, even before I had the words and knowledge to recognize it as such. At its core, it connects to visibility. I am a woman, and women are often told – through many different means – to blend in, to not take up space. 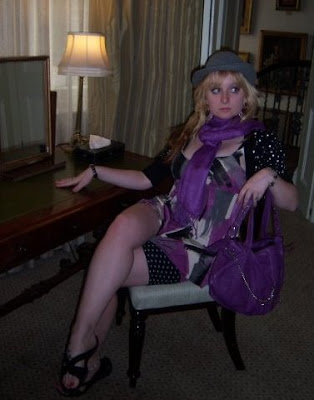 Women’s appearances in societies are regulated. Many social influences, including the beauty industries that I both participate in and critique, tell us to fit in by ensuring we are fashionable, trendy, and properly dressed and coiffed. The weight loss and fitness industries teach us to aim to shrink our bodies into invisibility. It’s long been examined and critiqued (by books like Naomi Wolf’s The Beauty Myth, which I both agree and disagree with, in different facets) that if women are busy worrying about appearance, beauty, and weight, we won’t notice our systemic inequality.

I also recognize how class operates in mediating participation in clothing and beauty industries. Having grown up with minimal disposable income, and having often had to shop at thrift stores out of necessity, rather than because it was cool and trendy to do so, I feel that I can work within this framework to an extent. Still, my experience of class-based lack of access to clothing and fashion doesn’t compare to the experiences of many others.

It’s also worth noting, that self-styling, fashionableness, and self-presentation were priorities. My mother didn’t force me into narrow boxes of self-expression, a wonderful, incredible thing for any mother to do, even (especially) if it means weathering the myriad bizarre phases of child and teenage self-expression.

Still, my desire to self-present was obliged. I was able to start colouring my hair as early as age 11 (and I’ve never looked back). So even with limited means, my mother and I valued fashion, hairstyling, and accessories, and thus I believe that we “passed” as having more means than we did. Conveying more wealth and disposable income than I had was never a conscious goal for me, and certainly isn’t now, but it’s fascinating to me how that aspect was at work as well.

I would say how I have dressed myself throughout my teen and adult years has been helpful, in terms of social capital, both in terms of standing out and fitting in. While I have often benefited from the self-esteem boosting that corresponds to compliments on one’s clothing and hairstyling, 90 per cent of the interactive feedback I’ve ever received (usually unsolicited) on my self-presentation has been that it is different. I’m not sure what it’s different from, or why, as I feel conservative compared to many alternative forms of self-styling I’ve witnessed.

Nevertheless, I never underestimate the productive utility that standing out has afforded me, personally and as a woman in a sexist world.

I find great productive feminist potential in the radical visibility brought about by daring to be seen. I had the great fortune of taking in a panel by gender studies students working on fat* acceptance and activism at the recent Women’s and Gender Studies et Recherches Feministes conference in Ottawa. One presenter in particular linked fashion and, what she called, (super)fatness in terms of radical visibility, a connection that spurred self-reflection on my own fashion practices and how I conceptualize them similarly. To paraphrase her work (less eloquently than she presented it), fat women are hypervisible and deal with constant visual scrutiny. Further, there is a persistent belief in the correlation between body size and self-respect; we often continue to conceptualize fat people as lazy and disinterested in their appearance. Thus, to be a fashionable fat feminist can be a radical practice.

So, as an “average” sized woman, in terms of body fat, with a petite frame, in terms of height and overall stature, I recognize that I undertake radical fashion visibility in a different way and with different considerations than the kind of work this scholar is doing. I am also white, able bodied, and fit many normative assumptions for feminine gender, such as long hair, for instance. I recognize that, because of various systemic prejudices, my body has been deemed more acceptable than others, an oppressive reality that we must continue to consider and challenge.

I propose a revisioning and reconceptualization for anyone who has dismissed or ignored fashion and self-presentation as artificial, superficial, meaningless, and normative, in essence. Fashion and beauty are capitalist industries, but that doesn’t mean we are all mindless consumers. There can be as much meaning in participating in these industries, as in rejecting them outright. There are valid and important critiques of women’s participation in regimes of fashion, beauty, body modification, and body improvement/ maintenance, but to continue to strip women’s agency and assume false consciousness when they choose to participate in projects of self-presentation, is futile and harmful.

My fashion is only one small aspect of my feminist work as an agentive, embodied being, but it is a radical one. 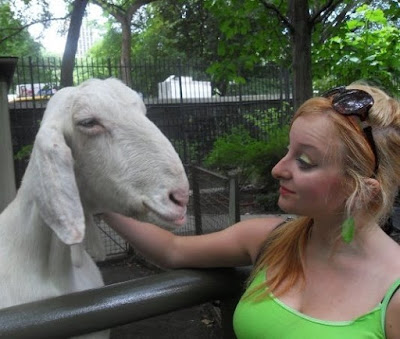