The law, the courts do not operate outside patriarchy 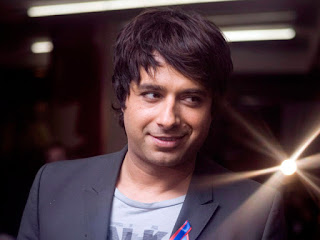 Jian Ghomeshi acquitted on basis of ‘inconsistencies’ and ‘deception

None of us, except the women and Ghomeshi, know exactly what happened in the situations described. I wasn’t in the courtroom, and so, like most of us, I don’t know precisely how every aspect of the proceedings unfolded. Criticizing the structure and manner of sexual assault trials is not the same as claiming that we shouldn’t presume innocence until guilt can be determined beyond a reasonable doubt. And of course, an acquittal doesn’t mean that nothing wrong – or criminal – actually happened.

So, sure, based on the existing structure in place, in which the complainants bear the burden of proving and defending their allegations while the accused can choose to remain silent and avoid having to create and defend a “credible,” “consistent,” “trustworthy” story, I suppose the proceedings unfolded in a manner that supports the way criminal justice is administered. In the judge’s mind, there was obviously reasonable doubt and not enough evidence to convict.

I’m not going to analyze the witnesses’ testimonies and the ensuing criticism or deconstruct the judge’s written decision. An excellent and detailed response to individual sections of the decision and overall analysis of this issue can be found in Michelle Keep’s article here.

All I can say is that I believe the survivors. I also believe we have extensive research and knowledge on the traumatic psychological effects of sexual assault, abuse, and rape in a potently sexist society that is incredibly unforgiving to survivors at every stage of the process. There is lots of work that supports the challenges for people to recollect sequences of events, duration of time, and precise details during periods of stress and trauma, not least of all after more than 10 years have passed.

Combine this with the many strategies survivors take – and have always undertaken – to survive. There are strategies survivors may subconsciously undertake to not only get through the moment or event, but to reconstruct it in their minds, to remember it less painfully, to pretend it happened differently.

Many women want very badly to believe a rape was consensual. 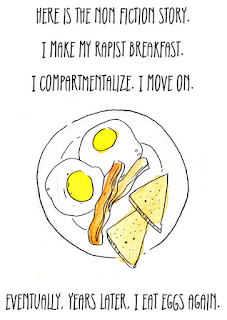 We socialize women to behave in certain ways in order to cope with the persistent likelihood of sexual violence, to even be friendly or benevolent to the abuser in order to neutralize or better endure the situation, and then in turn we condemn them for acting in an “odd” manner – a manner not befitting a “victim.”

We know this. But this knowledge doesn’t make it very far in the logic of the courts. Why is that? Why does everything we know about how society has always treated women and how women have adapted to survive have little impact on how we administer justice?

The core issue: people defend the integrity, neutrality, and sanctity of the court of law as though it is not historically bound up in the same sexist superstructures that have shaped human existence and gender relations.

The law has a conception of how crimes should be reported, victims should behave, and how memories should be recollected. Correspondence between survivors and completely justifiable and psychologically normal anger, frustration, and bitterness is deemed as conspiratorial rather than an indication of support and solidarity while enduring immense stress. Women continue to be maligned and discredited if they dare to be bitter.

The criminal justice system does not exist in some alternate dimension of reality in which society has not been shaped by male supremacy, sexism, and misogyny. We do not enter the court and step into a neutral, benevolent state where patriarchal attitudes and deeply entrenched stereotypes and prejudices fade away and evaluation of testimony operates apart from biases about how women do and should behave.

Yes, read the decision. Recognize that the proceedings unfolded how they were designed to occur, and that the presumption of innocence remains intact. Also recognize that the justice system and the law’s antagonism towards marginalized groups and sexual assault survivors remains intact. The Ghomeshi verdict is a good time to consider how privilege factors into strident defences of the law and social structures. It’s often those least impacted or disadvantaged by an event or social ill who feel most compelled to weigh in critically. If this is you, I encourage you to consider if your opinion needs to be expressed today.

The system doesn’t need your defence, but there are many survivors and women reliving trauma, abuse, and harassment during this trial and verdict, who could really use your support and careful listening.