“The eccentricity of her passion, and the singular object of her desires, will excite disgust.”

So what am I researching for my MA degree, anyway? 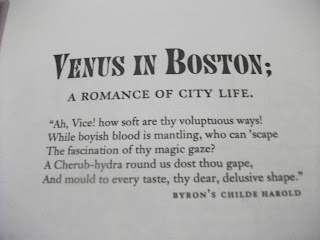 Once you’ve become really invested and fascinated by a topic or network of topics and interests it’s hard to remember the period before immersion – un-knowledge and non-interest. In my second undergraduate English course, 1103 – Poetry, taken in 2006, I was enthralled by the depiction of beauty and eroticism – especially, transgressive or illicit eroticism, such as bestiality and pederasty, and the pornographic elements in Marlowe’s long narrative poem Hero and Leander.
This was the start of a slow and steady growing fixation on literary depictions of sexual “perversity” or strangeness. My growing interest, academically and personally, in feminist and gender studies, queer theory, and most recently, trans studies, has been a great complement to this interest in literature.
This interest has taken me from analyzing the anthropomorphic goblin men of Rossetti’s “Goblin Market” to understand how the goblins, whose masculinity is evident and reinforced, are construed as animals to render the vicious attack on the young Lizzie more of a monstrous fantastical attack by fairy-tale beasts rather than a violent rape sequence by human men, to examining how Irving’s Ichabod Crane in “The Legend of Sleepy Hollow” is more interested in the delicious dainties of the Dutch tea table than women, and defers his sexual desire from females to food. I've also worked extensively on the depiction of pseudo-lesbian desire and forms of literal and metaphorical sisterhood in "Goblin Market." 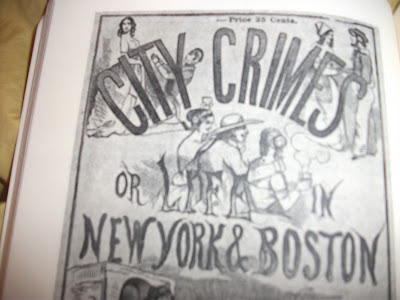 My current project is exploring the genesis of nineteenth-century American urban gothic fiction in a web of other literary modes and sources. This kind of literature in the 1840s is influenced by and connected to gothic fiction, crime fiction, sensation fiction, and pornography. Also called “city mysteries” fiction, the American urban gothic of the 1840s is horrific, violent, sensational, moralizing, titillating and erotic. Based on a desire to reveal the “mysteries and miseries” of burgeoning metropolises, such as Philadelphia, New York, and Boston, this genre is the gothic transplanted from haunted castles and manors and country sides into the mysterious, confusing, and alienating cityscape. This fiction depicts subterranean spaces, sewers, dark vaults, and secret chambers as the literal seedy underbelly of the city, and the hub of a city's debauched activity.


From this already very blended urban gothic genre comes a further refinement or sub-genre, what critic J. V. Ridgeley has called the porno-gothic – and that’s my interest. 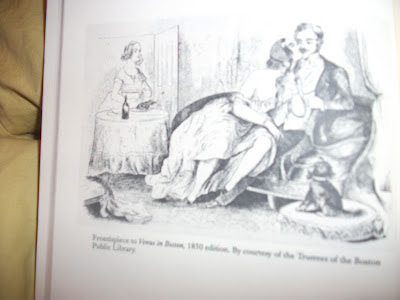 I’m specifically interested in antebellum writer George Thompson, who wrote cheap, pulpy, sensational city mysteries stories and novels revealing the “secret crimes of great cities” and taking the uninitiated reader on a virtual tour of the urban underworld, revealing the twisted lives, schemes, and woes of thieves, murderers, prostitutes, adulteresses, and sinful clergy – to name a few of his stock characters.
Critic David S. Reynolds suggests that “George Thompson ... has the dubious distinction of having written the most purely disgusting novels in pre-Civil War America ” (Beneath the American Renaissance). Need I explain how fun and engrossing I find this project? 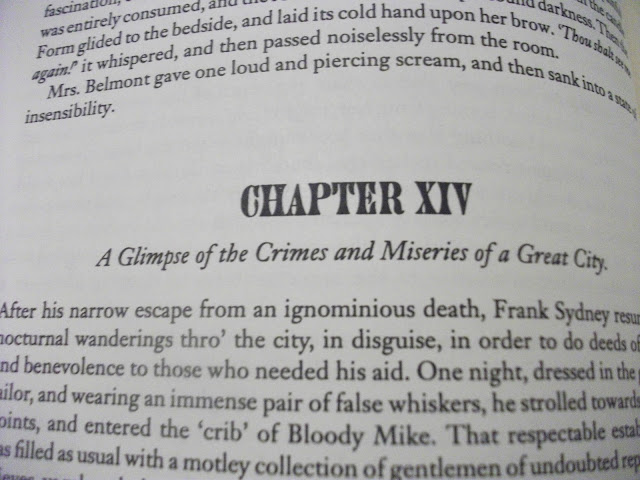 I’m focusing on Thompson’s novels Venus in Boston and City Crimes (both 1849) and their compelling and fascinating depictions of transgressive female sexuality and its ideological linkage to criminality and depravity.
I’m also drawing upon the paradigmatic urban gothic novel, George Lippard’s The Quaker City; or The Monks of Monk Hall (1845) to help me define the genre and its influences and look at the roles of horror, eroticism, physical (transgressive, hidden, and illicit) space, and narrative dynamic.
Posted by Zaren Healey White at 2:08 PM