Thoughts on Animals' Lives and Deaths 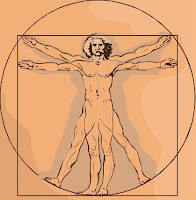 We humans enjoy a certain degree of supremacy on Earth. We’re not the biggest, strongest or fastest animal (and I often doubt that we’re the smartest), but we are the most powerful. We have tools and weapons and a boundless capacity to imagine which has led us to dream and create and take over the planet.

I don’t think it’s unnatural for us to care most urgently about the lives of humans, our own kind, and to be inclined to value them more highly than those of other creatures. Just like how I’d be saddened more by a death in my family than a death in your family, and no one could fault me for that – it’s proximity to each of us as an individual that makes the greatest impact. But, as any animal rights advocates reading this will certainly agree, the lives of other animals matter too. I say other animals, as we, after all, are also animals. Their lives matter a lot, and should be valued, respected, and protected. We should be using our power to protect and fight for those who can’t fight for themselves.

I am saddened and sickened by the two, seemingly intentional, barn fires that occurred yesterday in the Goulds. I was so relieved and grateful to hear that all the animals – horses and dogs – that were caught in the first barn fire managed to escape unharmed. Then I heard there was a second barn fire – in the same area, on the same day – and this time, all animals were killed. That’s seven horses and three goats that burned to death in the blaze. People are upset and appalled and saddened, but it has occurred to me that it would, of course, be a much bigger story if 10 human beings had been killed in a fire in St. John’s last night. And I want to try to understand why this is.

Like I said, it doesn’t seem unnatural to me to be more upset by human death because we are humans and we connect deeply on an emotional and psychological level to other humans. But are we upset enough about animal death? Particularly in this kind of incident, where it appears like a human being willfully set a barn on fire, likely being fully aware that there were innocent living creatures inside. Some people are relieved no people were killed, but what about the ten lives lost?

My feelings about how we psychologically relate to animals and value their lives isn’t restricted to domesticated animals and animal companions like horses and dogs. Something that really upsets me, that is very regionally specific to Newfoundland and Labrador, is our relationship to moose. I care about people, and I don’t want anyone to be in a moose-vehicle collision. I fear being in an accident, and I am ever vigilant for moose on the highway. But the attitude that some people have about moose is troubling.

My occupation allows me to interact with a lot of people, including a lot of strangers on the phone. I spoke with a woman recently who actually thought the moose should be eradicated, because they are such a problem on the highways and because “we don’t need them.” Lady, moose have just as much a right to live on this island as you do. Of course we don’t want any people losing their lives on the road because of accidents, but more times than not it’s the moose that is killed. A moose that is someone’s mother, or father, or baby.

Something good: The man and woman charged with animal cruelty, for the suffering and death of their dog, Max the German Shepherd, were found guilty.

Posted by Zaren Healey White at 11:46 AM