A Self-Supportive Approach to Goal Setting and New Year's Resolutions

This post is going to take on a slightly different theme – I don’t just write about feminism, you know! While feminism is clearly a main organizing principle of this blogspace, personal wellness, psychology, and lifestyle are important topics I spend a lot of time reflecting (and sometimes pontificating!) on. How we organize our lives and personal goals says a lot about the society we live in. “We” here means people generally and, likely, women specifically.

As a woman, many of my thoughts on personal wellness and self-care tie in with feminism, and my self-concept, as it relates to self-care and self-love, has absolutely been shaped over the last several years by my ever growing feminist politics.

So, another New Year has begun, and I want to talk about New Year’s resolutions. 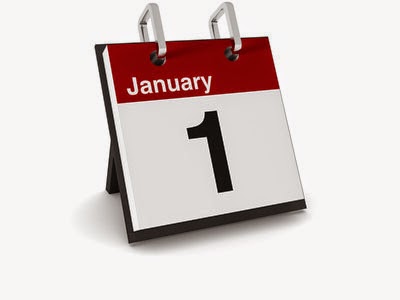 To start, I’m not against aggressive goal-setting. From a young age, I’ve often been an aggressive goal setter when it comes to embarking on a new activity, plan, or aspiration. I’ve been described as a workaholic, an overachiever, and a perfectionist (Note: these three aforementioned terms are all problematic in different ways, and often deployed very thoughtlessly, but that’s a topic for another time).  I’m also impatient, so absolutely empathize with how hard it can be to play the long game. I deeply believe in setting personal convictions to constantly evaluate one’s self and one’s life.

Overall, though, I have a pretty skeptical/pessimistic view of New Year’s resolutions as a cultural tradition. If the symbolism linked to a change of a calendar helps you to set goals, that’s awesome. For me, I find sweeping resolutions, “cold turkey” changes, and all-or-nothing promises to be harmful and poised to foster self-loathing. Here’s why.

For many women in the culture in which I live, a lot of resolutions are linked to bodies – eating habits and exercise practices. Much of this can be motivational, and much of it can be detrimental and serve to foster negative self-criticism. Self-criticism can be positive, but it can also be really bad when it leads to (or exacerbates) negative self-worth, mental illness, body dysmorphia - anything that has a negative impact on your outlook and your life.

When discussing goals and bodies, it can be tricky to differentiate between a healthy desire for improving something – whether that be fitness, stamina, or appearance – and perpetuating self-destructive standards and societal pressures. Desiring to look better is a valid goal – how we perceive our appearances is closely linked to self-esteem and positive self-body image. To want to look or feel beautiful is not anti-feminist or regressive. 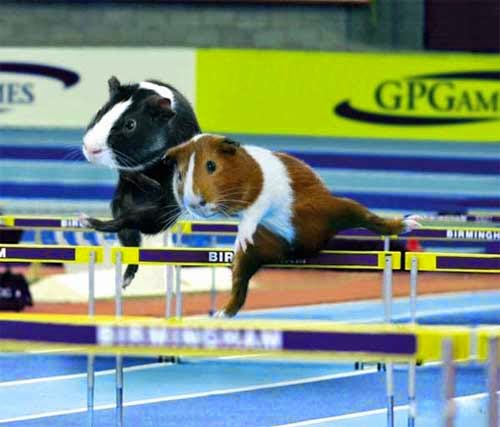 Denigrating women’s interests in fashion and beauty is the farthest thing from my own feminist praxis and would be wildly hypocritical. However, I think it’s important to think critically about how our personal desires and goals are often influenced by larger social structures and regimes.

It’s complicated! How then, as a woman who cares about her appearance (I love clothing, accessories, hair, make-up – I have a fashion blog!) and cares about her personal fitness (grew up very athletic, nine years in the Canadian cadet movement, avid enjoyer of outdoor activities), do I navigate my own desire and goal to maintain a level of fitness, to improve my fitness from its current level, and to ensure I’m eating more healthfully, without uncritically buying in to the strictures of a culture that teaches women that castigating herself for looking fat, constantly assuming a flattering reflection must be the devilry of a “skinny mirror,” and feeling guilt about food, is normal.

This should not be normal.

I’m no personal trainer, but as someone who fears failing at her own goals and someone who has made a hobby study of psychology and “self-help,” here are some ideas for self-supportive goals:

1. Instead of big resolutions, focus on small, daily commitments.

I used to love McDonald’s. Growing up being able to eat whatever I wanted without gaining weight – I did just that. I remember in my undergrad, my friend and I going to one McDonald’s on our drive home from university with a buy one, get one coupon for McChickens. Then, in a different community, we went again to redeem another coupon. One McChicken each was not enough. I was a kid that thought six slices of buttery white toast was a great breakfast. My mom started reminding me about hardening arteries around age 12. In other words, I’ve always had a predilection for delicious grease and sodium.

Sometime in early 2013, while working two jobs and a total of ~60 hours a week, I decided I was eating too much fast food for convenience. I knew suddenly cutting out all fast food restaurants would be hard and would likely fail. Instead, I focused on eliminating one temptation: McDonald’s. But I didn’t want to vow: “I’ll never eat McDonald’s again” – I knew that would likely fail and then I’d be angry at myself. And to give up something for several months and then occasionally eat it should be viewed as a accomplishment, not a failure. The entire way we orient ourselves in relation to our goals can be very messed up.

So, instead of quitting McDonald’s forever, I made a “strong commitment not to eat it.” On a day by day basis, I chose not to eat it. And then I soon forgot it was even an option and never went there. But it was important to me that I not feel like I “gave in” if I want it once in awhile – for example, I travelled to Portugal in September and ate it twice in the week I was there because I was craving fries and familiarity. Be gentle with yourself and your commitments.

P.S. I’m not suggesting McD’s is worse than some other places I still eat; I really don’t know. I just needed to eliminate the most tempting, accessible option.

The same could go quitting any kind of food or reducing habits. There are many things in between, for example, eating meat and being a vegetarian. We are often so caught up with absolutes that we overlook all the things in between. If you want to try consuming less meat, try meat minimalism (it’s the best term I can come up with for my own lifestyle).

2. Think in terms of small, measurable goals and feel good about yourself when you make progress. 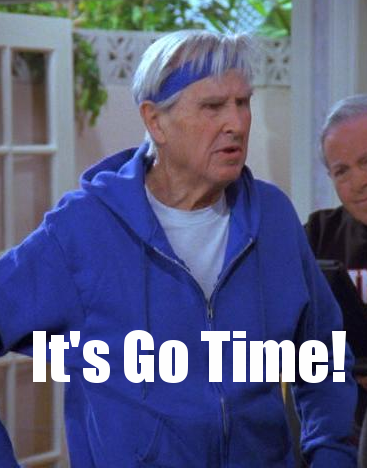 When I decide to go to the gym after not going for awhile, I am so overzealous I usually stay too long and overdo it – never a good idea and your body regrets it later. I now try to remind myself that every time I move my body – be it walking instead of driving or doing a rigorous workout – I am better for having done it. Instead of feeling bad that you could only run a couple of laps on the track, feel good that you ran at all and you will, most certainly, be able to run a little longer next time.

We should construct our goals as imagining starting at zero and building UP to something great, rather than imagine the completed goal and cut ourselves down in all the ways we didn’t do enough.

This goes for so many things. Writing is a big one. As someone who writes a lot and enjoys it, but is also in the process of writing a master’s thesis and procrastinating and then feeling guilty about it, I know to remind myself that every.single.word is progress.

You don’t go from starting a writing practice to publishing a book overnight; there are so many words in between. Whether it be fiction or blogging or academic work, try to carve out time for small bits of writing routinely. Those who write and want to write tend to put a lot of pressure on themselves to produce shareable / publishable work immediately. Your portfolio won’t be built instantaneously. It goes for all hobbies or activities – every second spent trying it is progress.

3. Frame goals positively and ensure to set some that aren’t about your looks, body, weight, etc.

“I vow to try to eat healthfully more days of the week” is much more positive than “I vow to stop
being a gluttonous monster.” This may sound like new age-y crap to some but I believe that how you frame your thoughts makes a big difference (if you’re interested in these ideas, I recommend the work of Zen Buddhist monk and philosopher Thich Nhat Hanh).

I won’t suggest that everything comes down to attitude – not at all. It’s foolish to think that everyone can achieve anything solely based on attitude. There are many things I won’t succeed at no matter how positively and gregariously I approach them. Still, it’s a lot easier to feel satisfied with your progress and avoid self-loathing, punishing thoughts if you focus on incremental progress.

And finally, pick at least a couple of goals that aren’t physical or originating from something you feel bad about. Pick something you love and are already working on, and take it further. Maybe it’s reading a book for every series of Netflix you watch (something I want to work on) or maybe it’s rekindling an old skill you’ve neglected.

Either way, the New Year may be a great time to re-focus and gear up for new aspirations, but be kind to yourself and critical about why you feel you should pursue certain goals :)