Get a grip! Margaret Wente says we're overreacting about the Dalhousie Dentistry students


I’m not biased against Margaret Wente. I just happen to find all of her writing equally disturbing.

Of course, it was only a matter of time before the oracle herself weighed in on the situation. Margaret Wente has spoken, and it turns out we all need to get a grip. 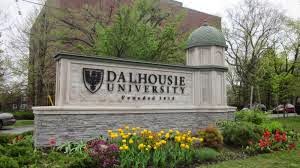 Normally I might contextualize Wente’s latest column in relation to her larger body of work, but Wente needs no introduction (least of all to Newfoundlanders). Most people are fairly familiar with her views from dismissing the legitimacy of rape culture on campus to intimating that student debt is a myth and all in our imaginations. As such, I didn’t expect to be enlightened by her contribution to the Dalhousie discussion. I also didn’t expect it to be quite so regressive. To call Wente a rape culture apologist is not an exaggeration.

First of all, her column’s title is “Dalhousie’s dental hysteria,” which elicited an “I can’t even” moment from me. OK, I will: The deliberate and calculated use of hysteria over, say, “uproar,” “furor,” “fuss,” is so Wente. Choose hysteria, a word with long and persistent associations with female (sexual) dysfunction, volatility, and emotional excess, to further belittle and invalidate the reactions of people (including women) who have been calling for action on these students.

You only need to read that title to know where the column is going, but here are some choice quotes.

“Stupid, juvenile and way out of line? Undoubtedly. Should there be serious consequences? Yes. But let’s get a grip. Such coarse talk is not atypical of young male group behaviour. It does not mean that they actually wanted to assault chloroformed women.”

This is an extremely disconcerting normalization of male sexual aggression. Because it is not atypical does not make it OK. In fact, it makes it more urgently a problem that needs to be addressed. I imagine Wente, the ethnographer, peering at a group of male students with binoculars through the bushes: “on the university campus, the dentistry students form a pack and butt heads to display dominance, as is typical of young male group behaviour.”

The fact that young men (ones nearing completion of professional degrees, no less) talking to each other about women this way is considered typical, rather than outrageous, is a symptom of a much larger problem. Wente seems to have a lot of sympathy for the “poor saps” whose careers may be ruined and very little sympathy for the women who may have been the target (directly or indirectly) of their gentlemanly banter.

“So now they are the latest villains in the ‘rape culture’ witch hunt that has gripped universities across North America.”

1 – “Villains.” Deliberate word choice to show you think they’ve been unfairly vilified, and a whimsical word to show your lack of conviction in portraying them as having committed actual transgressions.
1 – “Rape culture” in scare quotes because it’s not real (see previous Wente treatises).
2 – “Witch hunt.” Yes. Equate rapists and sexual violence perpetrators (which are real) with the victims of the witch hunts (which we know was insane because witches weren’t real). Tell all the rape victims that persecuting rapists is akin to witch hunting.

In that one short sentence she has packed in so much flagrant disrespect for victims of sexual violence.

“[Joan Rush, professor of health law and ethics] blames white men, who still run most dental schools and professional associations, for the “culture of hatred and chauvinism.” Personally, I doubt dentistry is quite that bad. Besides, the men are in decline. Like pharmacy and veterinary medicine, the profession is experiencing a huge influx of women.”

Everyone – relax. Rape culture isn’t real, systemic misogyny isn’t a problem, and women have nothing to worry about, because Margaret Wente doubts dentistry is that bad. Of all the disciplines and faculties across the country, I’d say we have some fairly reliable evidence that dentistry is, or at least can be, that bad.

Not that all male dental students are chauvinists or that Dalhousie is worse than any other school, not at all. But we know this gentlemen club existed, and run by Dalhousie dentistry students.

Sadly, it could be a tiny glimpse into just how bad it is.

Also, womenfolk – fear not! Because we’ve made so many strides in the post-secondary system generally and professional schools, specifically, chauvinism is dead! We don’t need men to change and think and behave better, we don’t need them to respect us – we’ll just bulldoze them with our sheer numbers! We’ll fight harder for opportunities while they don’t have to face the burden of changing!

Wente thinks everyone has overreacted. I think they reacted – just the right amount.
Posted by Zaren Healey White at 9:46 PM