The No Woman's Land Between Fat and Thin Shaming 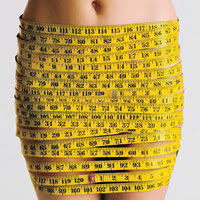 New words and concepts are being coined all the time. 2013 was the year of “selfie.” I can barely remember a time before “Google” was a verb. Well some such coinages that have entered our linguistic imagination in recent years are “fat shaming” and “thin shaming” and, subsequently, “thin privilege” (I haven’t really heard “fat privilege,” but logically this term could exist). I’ve read great articles and blogs about fat shaming, and consequently taking on the problem of thin shaming, as two sides of the same coin. The problem here is body shaming, of any sort, and the fact that every body carries some kind of privilege.

I’ve read about “larger” or “heavier” women owning their social status as such and celebrating their bodies, and I’ve read about “naturally” slim (or effort-fully slim) women proposing their validity as equally representing the so-called and greatly exalted Real Woman, and in the end this struggle just creates an impossible dichotomy between two, often subjective, extremes.


Another problem, as I see it, is that no matter how you socially and critically present your body to the world, others will judge and evaluate the sincerity of your position. In other words, the “fat” person who says “I love my body just the way it is,” is often judged, by others, as having developed a positive attitude as a form of coping, as having accepted their lack of success in losing weight or obtaining a different shape, and thus their seemingly healthy body image is viewed as a form of posturing. And less frequently, but still possibly, is the thin woman who we judge as celebrating her figure only because she has been divinely deprived of “curves” and has no choice but to accept her shape. Why is it so hard for a woman to convince other women THAT SHE ACTUALLY LIKES HER BODY AS IT IS? Why are we - men and women - skeptical of other men and women's claims of satisfaction?

And no matter how much we applaud celebrities, such as Jennifer Lawrence, who tell people who tell her to lose weight where to go, there is still a prevailing ideological preference for slimness. While physical preferences and ideals of beauty and sexiness evolve over time, and change in relation to the popularity of celebrities and other figures who represent different body types, I sense that confidence and self-love in the so-called “plus sized” woman continues to be judged as a form of reluctantly accepting that which one cannot change.

I come to this hot topic as a woman, with a body, who feels ultimately in between and exposed to potential attack from either side. One person who reads this may think “how can Zaren think she’s in between – she’s fat!” while another may think “I can’t believe she doesn’t consider herself slim, she’s so small!” but the point is, I am both and neither, and it doesn’t matter which one I really am. My self-image is one of a woman, who has a body, a body that is small and slim from one perspective, and fat from another’s (or “voluptuous,” if you will). I come to this topic as a woman who wears short spandex shorts to the gym (when I infrequently go) and don’t care if you notice that I have cellulite. I also recognize that, to some readers, you may consider me to have enough slim-privilege to wear spandex and go to the gym, at all. 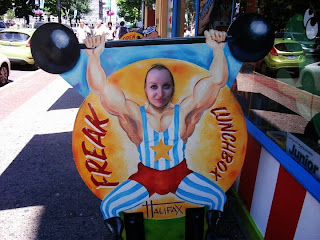 I come to this topic as a woman who cares about her body and her physical appearance, but is not obsessed with it – in terms of having the perfect figure, or in terms of chastising myself for every Cheezie consumed. And that’s my point – body obsession is often viewed as the privilege of the slim, healthy, and active, and thus my denigration of “obsession” suggests I’m ridiculing those who are serious about weight management and fitness. Not at all. I’m saying it may not be psychologically healthy to be obsessed with your own body, regardless of how it looks.

My point, is that if you can build your character towards a goal of true self-acceptance, it ceases to matter which category you belong to, or who evaluates you as belonging to one category or the other. There are objective benefits to exercising and eating healthily, but there are also objective detriments to fostering an attitude of shame and low self-esteem. 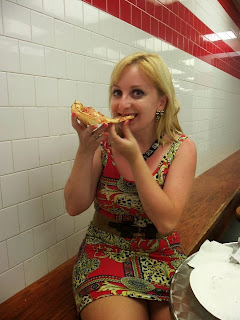 And how does this apply in my every day (non-Gender Studies classroom) life? Well, for one thing, I’ve endeavoured to “opt out” of self-denigration and collective body ridicule. I have days where I wish I could corral my thick (and quite, almost awkwardly, muscular) legs into certain pants, or when I feel a twinge of self-loathing that I succumbed to my latest tater craving, but I’ll rarely share it. And this certainly isn’t because I’m a secretive, private person, because I’m not. It’s because I’ve found little to no relief or catharsis through telling another woman that I hate my body. I feel like we've all been programmed to believe that self-loathing is the norm, and self-acceptance is aberrant. Thus, we're reluctant to admit, you know what, I'm happy with what I've got.

While we may mythologize this practice as a female-bonding ritual, part of our psycho-social group behaviour, I find it destructive and unnecessary. Because while I complain about my sometimes unruly and frustrating body, I don’t know that the conversation isn’t causing you to feel worse about yours.