Who Gives a Hoot? Not Necessarily Feminists (or I'm OK with Hooters and here's why)


So Hooters is coming to St. John’s. I still can’t picture it, probably because the whole branding has a tacky ‘80s feel that has become so mythologized, I came to doubt these restaurants actually existed. It appears they’re real – and they’re spectacular. *

So, those ardent defenders of such an establishment often suggest it is The Feminists that will have a problem with Hooters. I find this puzzling, because there are many ways to participate in the project of feminism and many of them aren’t overly concerned about privileged North American women wearing tight tank tops and short shorts. 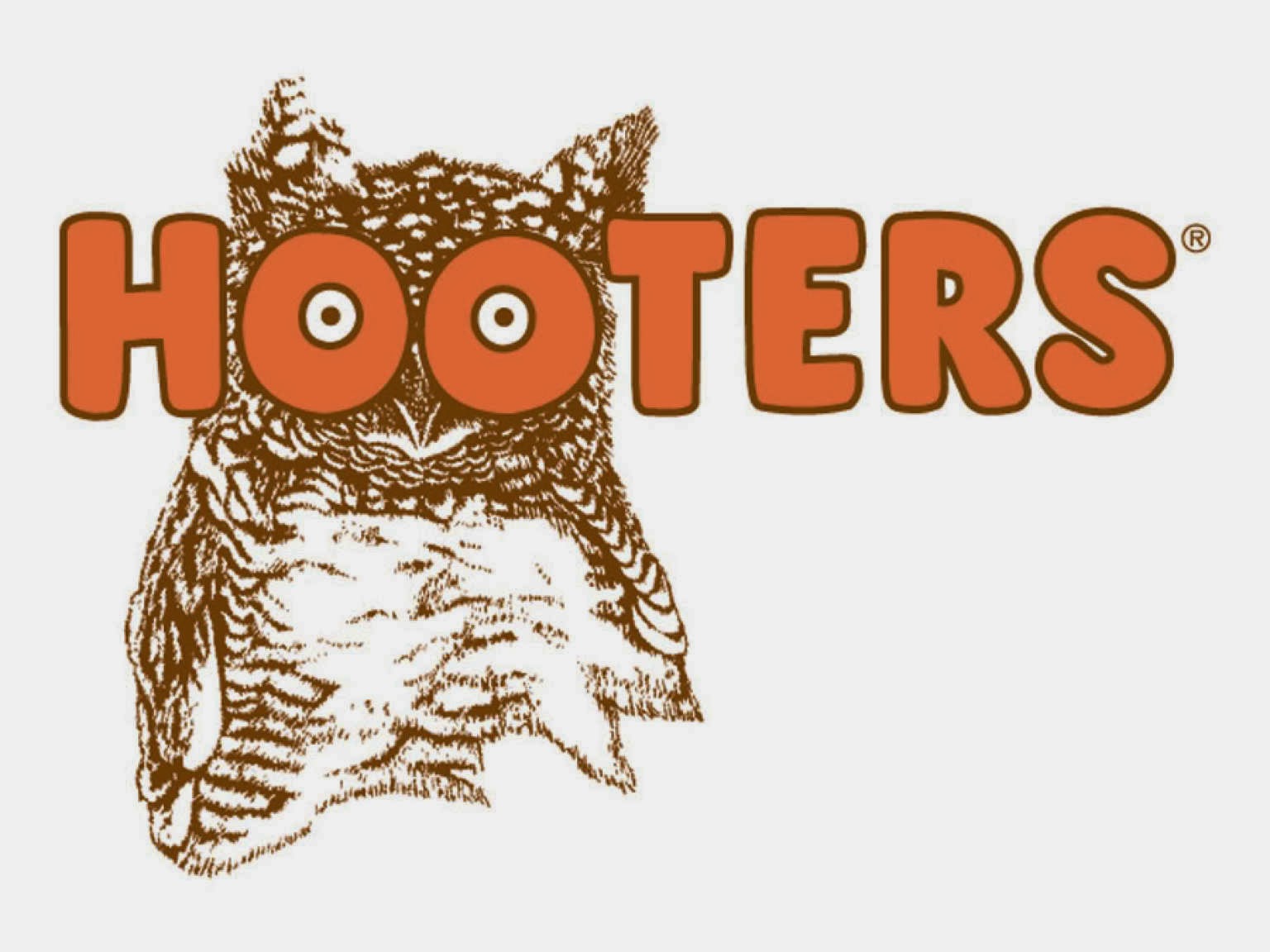 In other words, revealing one’s body does not necessarily correspond to degradation. In fact, it’s my belief that there is nothing inherently or universally degrading or belittling about showing the contours of one’s body.

Most (remember, I study trans issues) women have breasts, of some size or shape, and frankly I get pretty annoyed about having to pretend I don’t in most of my waking life. Are my nipples visible? Is this too much cleavage? Is the polka-dot pattern of my bra showing through? I grin and conceal it, but only because I get that most of society hasn’t caught up, yet, to the possibility that a women’s body, and being able to see its shape, does not have a direct correlation to A) self-worth and self-respect or B) “sluttiness” (I cringe to even use that word in print).

As for who wants to be a Hooters Girl, we have socially constructed a belief system that suggests that women who portray themselves thus are vacuous vessels succumbing to societal pressure to please men.

And if your resistance to Hooters has to do with the open solicitation of women employees who look a certain way and fit a certain socially prescribed model of beauty and sexiness, well, I agree it’s problematic and definitely brazen. But, on the other hand, Hooters is just openly admitting to and branding a restaurant / bar culture around a norm that is enforced by many other franchises and restaurants / bars, many of which will probably never admit to it.

Also, their website is really interesting and approaches or “handles” the branding in very fascinating ways.

Not to name names, but many bars and restaurants, yes, including here in NL, require or encourage a certain attire or even uniform (khaki short shorts anyone?) And while many bars and restaurants may not openly admit to seeking a certain look or body type in their hiring, who’s to say they aren’t enacting similar rigid standards based on a pre-defined standard of appearance and sex appeal? The same goes for clothing stores, in which, depending on the store, the sales associates are expected to buy and wear the clothes and thus double as models, promoting a brand and look while you shop. 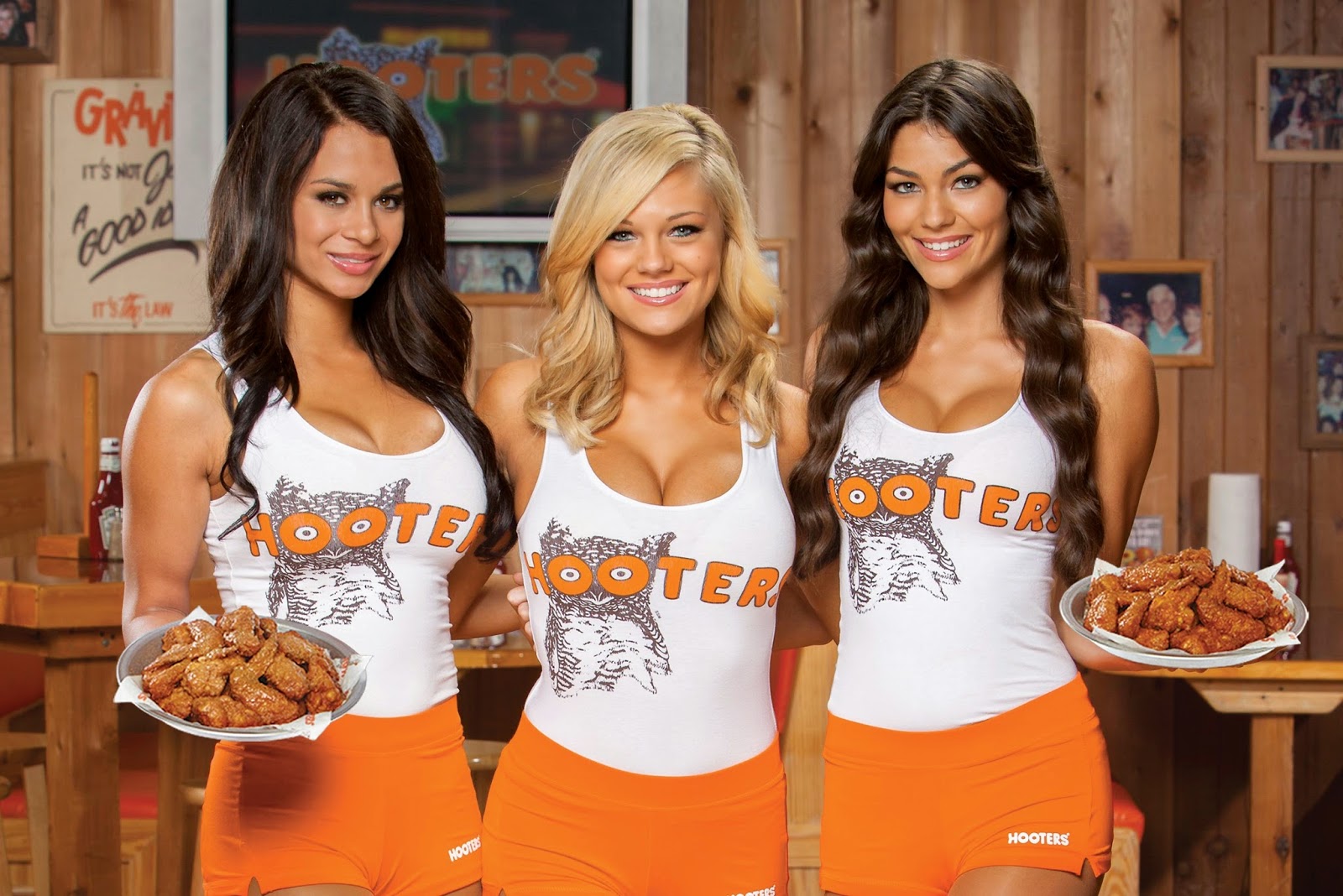 As a feminist issue, I suppose it has to do with the gendered nature of those pretty faces serving you wings and beer – women. There is no “Hooters Boy” from what I can tell, and since I imagine you have to be legal drinking age to work in one of these places and serve alcohol, I’m guessing these Hooters Girls are really Hooters Women…which really doesn’t have the same ring to it. I also appreciate how, to many women, “girl” is an annoying diminutive term.

It’s all about context, isn’t it? Burlesque is a form of entertainment in which women are scantily clad and strip yet I’ve yet to hear an argument levelled about the lack of self-respect or disempowerment of burlesque artists. So, logically, can’t we imagine that Hooters Girls are there because they want to be? Because they want a job in the service industry and have, by choice or fluke, taken one at Hooters? That, hopefully, they feel good about themselves and their bodies while earning a pay cheque?

The counter argument would be one about the diverse body types that participate in burlesque as opposed to the rigidly defined “All American” icon required by Hooters, but I would also suggest that the handpicked few on their website do not and cannot possibly represent every Hooters Girl everywhere. I anticipate that there is actually more diversity of image among the employees than a glance at their website would suggest.

I also encourage you to imagine if a man, hired to work in a service / entertainment position because of his perceived attractiveness and sex appeal, would be similarly judged as lacking in substance and self-respect? HMMM???

So, now for the part of every blog post where I reiterate what I’m not saying:

- I’m not saying that there is no argument to be made against Hooters from a feminist or any standpoint. Frankly, I think Hooters is a silly and outdated brand concept (that is, perhaps, becoming so anachronistic that we’ll keep it in business based on nostalgia). The Internet allows you to look at the male or female body of your preference in an instant, so the novelty of eating generic sports bar food while being served by a woman in orange hot pants seems unnecessary. 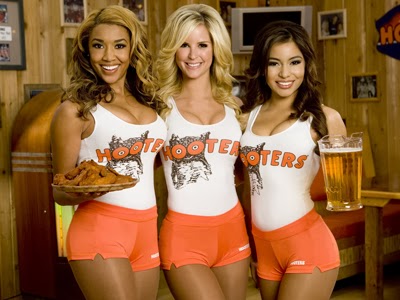 - I’m not saying it’s “fair” or “right” that employees are hired based on fitting a narrow frame of heteronormative, male defined sex appeal – but this is a problem / reality / annoyance across the board and is not unique to Hooters by a long shot. The regimentation of acceptable bodies and “looks” is systemic and can be found in film, television, shopping malls, and magazines.

- I’m not saying there aren’t potentially damaging and generally pervy outcomes to being a Hooters Girl and thus being evaluated for your customer service and your appearance as part and parcel of your work.

What I am saying, is, there are many potential reasons to disagree with the establishment of a Hooters in St. John’s, but I implore those who assume all feminists take issue with it to recognize that feminists have many priorities and commitments, and keeping willing women from earning money while wearing a skimpy uniform isn’t necessarily one of them.
Posted by Zaren Healey White at 11:19 PM