Why I Won’t be Taking Off My Feminist Spectacles: Gender Literacy

Gender norms operate sort of like gravity and other physical phenomena – they have exceptional power and force but most of the time you’re completely unaware of them and their perpetual impact.

That is until you become, what I am calling, gender literate.

There are many excellent terms and phrases to describe being able to see, read, and interpret the pervasive gender roles, norms, stereotypes, expectations, and assumptions around you.

Feminism is one term I choose to use in relation to myself and what I do. But various feminisms have long and complex histories and legacies and not everyone is necessarily committed to this kind of work in theory or in practice.

While I think anyone who cares the slightest about human rights should be thoroughly engaged in women’s rights, I recognize and appreciate that not everyone, including many women, care about feminism, per se. It doesn’t matter that I think they should.

But I think everyone, regardless of their academic or political engagement with capital ‘F’ Feminism, needs to learn gender literacy.

In feminist and gender studies, we talk a lot about seeing through feminist lenses or applying a feminist lens to an issue. I call those my feminist spectacles. 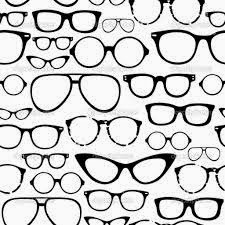 Like many things, once you see you can’t un-see. Many feminists I know (and many I ‘know’ insofar as I read their work on the Internet) will joke about how feminism has ruined their ability to enjoy anything without analyzing the gender stereotypes and sexism at work. That being said, I think most of them truly are joking, because not-knowing is really not that appealing.

So what is my conception of gender literacy? Simply, it’s being able to read and critically interpret how gender operates in society. This includes but is not limited to seeing, recognizing, interpreting (and, hopefully, in many cases challenging):

Gender literacy, on the individual level, is the first step towards recognizing and ultimately rejecting inequality.

Gender literacy – as well as the ability to read and interpret other kinds of privilege and oppression – is crucial to denaturalizing assumptions and norms about males and females, boys and girls, cisgender and transgender people, straight and gay people.

Yet gender literacy is not taught in schools.


Like the best kinds of learning, there is not a simple state of being in the dark and then being suddenly enlightened after reading one book or taking a course. The more I read and talk to people and begin to wear my feminist spectacles in daily life, the more I learn and the more I strengthen and refine this sense; maybe gender literacy is the real sixth sense.

The next step after beginning to notice the mysterious and sneaky ways gender norms operate in our society – as though they’re normal and natural – is to start challenging them.

I wrote a previous post about not tolerating intolerance (and unpacking all the challenges of that contradiction). This drive, I identify within myself, to shut down the gender illiterates in society is growing steadily. It becomes harder to say “oh, they don’t understand” or “they don’t mean it” or “they don’t know better.” Like when I, with a rapidity that was almost unconscious, told off a man who called the Newsroom where I work and asked to speak to a man when I couldn’t satisfactorily answer his sports question.

These people, to borrow from Kate Bornstein, are the Gender Defenders.

“The Gender Defender is someone who actively, or by knowing inaction, defends the status quo of the existing gender system, and thus perpetuates the violence of male privilege and all its social extensions. The gender defender, or gender terrorist, is someone for whom gender forms a cornerstone of their view of the world. Shake gender up for one of these folks, and you’re in for trouble” (“Gender Terror, Gender Rage,” The Transgender Studies Reader).

And what kind of fun can one have once they start reading gender? For one, you can call BULLSHIT on all kinds of silly gendering and sexism. In case you missed it, here’s a great project the Vagenda magazine launched with the help of their Twitter followers: rewriting ridiculously gendered headlines about women into fair, normal (and hilarious) headlines. 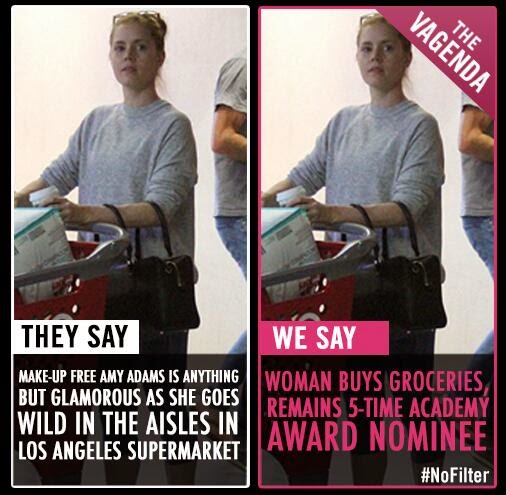 There is nothing natural/normal about subjecting women’s bodies to more scrutiny than men’s.  Wear your feminist spectacles.