Breasts of Burden: Wear a Bra, but Wear it Secretly 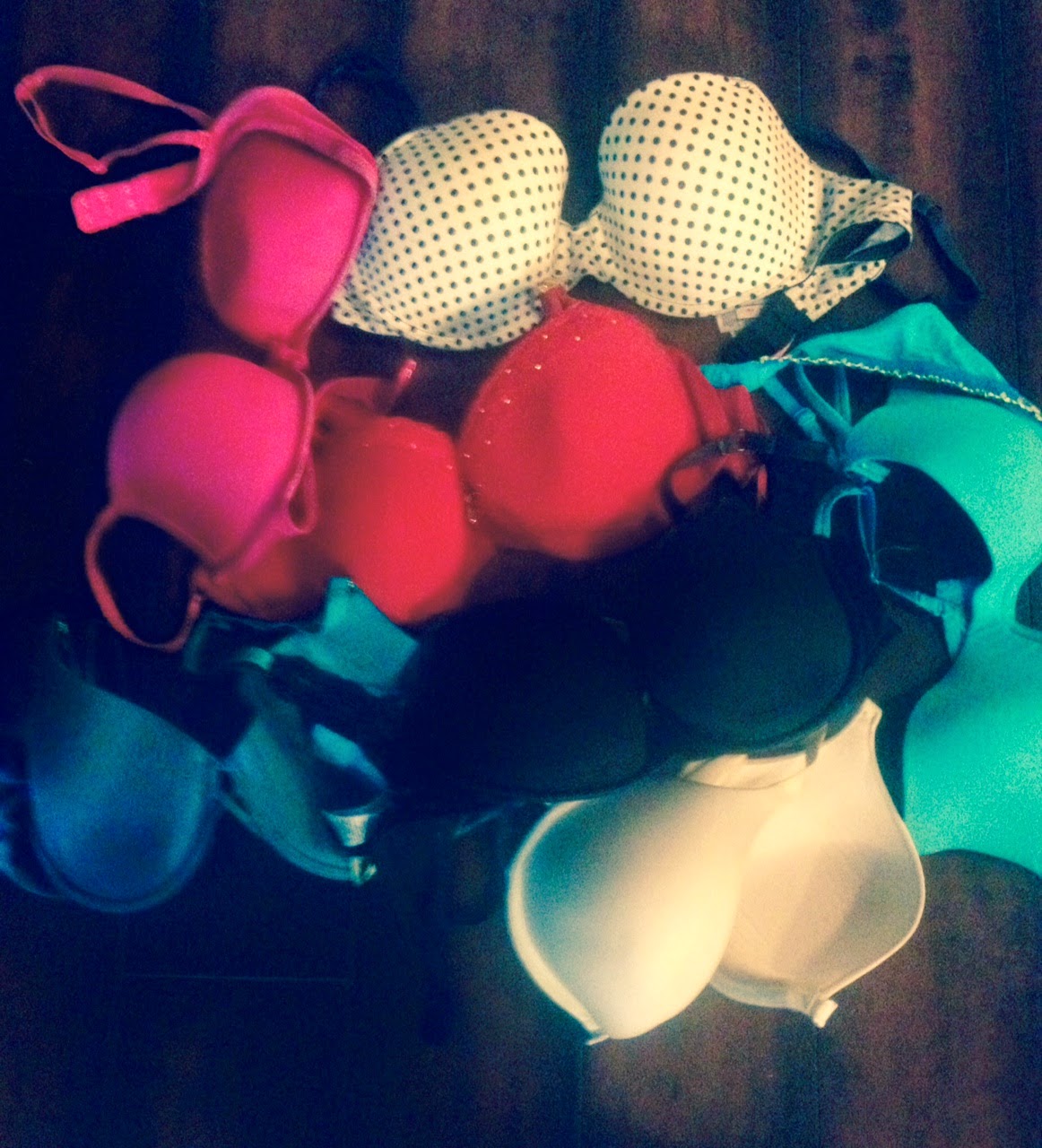 Today some students at a high school in this province were sent home for dress code violations. Reports indicate that one such violation included visible bra straps. I am not aware that any nipple, cleavage, or “underboob” was spied, but I am certain that bra straps were spotted. And bra straps indicate the presence and existence of bras.

Now, I understand that bras are mysterious garments and may be a little scary to the un-indoctrinated so I’ll defer to the great Frank Costanza for help explaining: I’m not going to get into details about the high school or the news stories or speculating about what exactly transpired or whether or not there were other elements of these students’ outfits that were inappropriate or too revealing, if there is, or can be, such a barometer (the revealing clothing barometer!) That’s not as important to me as the conversation it should provoke about how girls’ and women’s bodies, and breasts particularly, are monitored, and the kind of messages young women receive about the appropriateness of the bodies they cannot help having.

I will note that of the approximately 30 students sent home, two were males who violated the code in different ways, so it wasn’t exclusively girls.

This is just the latest publicized example of young adults, particularly young women, having their bodies policed. There are many stories online about similar situations.

And just today, Scout Willis went topless in NYC to protest Instagram’s ban on (female) nipples in photographs while using the hashtag #FreeTheNipple. The female breast is excessively sexualized, and certainly disproportionately to male chests and nipples.

So let us interrogate all the hoopla about breasts.

First of all, I sympathize with the task at hand for educators and school administrators. I respect that they want to foster and maintain an environment conducive for learning. I recognize that students do, indeed, need to put clothing on their bodies to attend high school. Even as a resister of excessive regulation of clothing, I recognize that there have to be some limits and parameters, as difficult as they are to define. Our current social acceptability model in North America says women’s nipples shalt never be seen and men’s are OK sometimes, but no nipples shall be seen in the classroom. That’s a norm I can accept. I’m not advocating for the complete abandonment of dress codes or norms for attire in different environments.

This post isn’t calling for the utter removal of dress codes, but I think it’s important that all people, especially people working with young adults such as in a school environment, defamiliarize themselves from the long accepted and unchallenged notion of women’s bodies as needing to be hidden.

But the fact that, according to students, the school’s reasoning to the dress code-infringing girls included that their attire was distracting to male students and male teachers is deeply disturbing. Not only for its heteronormativity (which isn’t all that surprising), but for the mere suggestion that people, male or female – being distracted or aroused by a girl or woman’s body is her fault and her problem.

Rather than spend some time talking to students and young people about being comfortable with their bodies and also respecting other bodies by not ogling, let’s just remove the temptation – make it easier. It sure doesn’t give high school boys (again, heteronormative) much credit. And I don’t even know what to say about how it reflects on male teachers.

As a breast-having person, it’s not my responsibility to control whether or not you look.

This is my take on bras, broken down logically:
- I did not choose these breasts. I was born biologically female, continue to identify with that gender identity, and I have breasts. In fact, I’ve had them, in some noticeable form, since about Grade 5. And yes, I found it humiliating at the time. Because at that age, even if boys like the girls with boobs you still feel hypervisible and hyper-embarrassed about your body.

- High school girls are young women. Many of them may also have breasts.

- Women often wear bras to support these breasts. But bra-wearing is not just for support and (for many) comfort – they’re also about concealing. Bras conceal the size and shape of breasts and ensure the nipples are less or not visible through clothing.

- Bra straps may become visible in the course of clothes-wearing (consider yourself warned).

- If bra straps, in and of themselves, are inappropriate, then are bras inappropriate? Should students – and women generally – forego bras?

Bras are not fashion, not an accessory – they are utilitarian garments that are useful and have purpose. If, ostensibly, going bra-less would also violate dress codes and social norms, then shouldn’t the wearing of bras be supported? Shouldn’t young women not be given the message that “your breasts as OK, but keep them a secret.”

I also think it is important that written, easily available dress codes exist so that organizations have the difficult task of actually articulating what they envision as good and bad and why. Students at least deserve to know what’s expected before their bodies and appearances are policed. To their credit, this school does have a well documented and accessible dress code.

I’ve never read a nuanced and thoughtfully written dress code that actually states why any given item isn’t considered acceptable. I want to see dress codes that aren’t vague and euphemistic but will take the time to describe which areas of the body are off limits. “Revealing” isn’t descriptive enough to cut it for me. Revealing what? Some people find feet extremely sexy – should open toe sandals be banned too?

I realize that some body parts have a long legacy of sexualization but high schools – safe, supportive, learning environments – are not the place that girls should be sent the message that their simply having breasts is deviant or embarrassing.

It seems to me, that it’s OK for girls and women to have breasts and mandatory that they physically support and contain them in clothing, but NOT OK that you catch a glimpse of the apparatus through which that support and concealment is made possible.
Posted by Zaren Healey White at 10:37 PM