There is No 'Face' of Depression


Like many people, I am deeply saddened that Robin Williams has died by suicide. Not because he was an amazing actor, whose movies I grew up watching, and whom I remember from so young an age that the name “Robin Williams” was synonymous with “movie star,” but because he was a person, a person whose depression was unbearable.

When people say they are surprised by Robin Williams' death, and to learn that he suffered with depression, I think to myself, “what did you think depression looked like?”

And I can’t blame them; depression is really hard to understand.

This is the story I’ve been trying to tell for 15 years. That’s more than half of my life.

I have eight years of university education and am a “writer” and I can barely explain what depression is, how it affects me, or what it feels like. I’ve been reading self-help books since my tweens. I’ve voraciously consumed everything that might give me the tools and language to articulate the experience. And yet I still often find myself more able to respond to and ease the struggles of others than to take care of myself. I’ve often been the person people turn to when they’re struggling with something.

I can’t precisely articulate what depression is but I can tell you that “I have it.”

I’m not ashamed to tell you that I have depression, because I don’t think depression is shameful.

I was not bullied in high school. I always had friends and boyfriends. I had endless activities and opportunities to feel good about myself. I won many awards and competitions. I was student of the year when graduating junior high, high school, and at convocation for my undergraduate degree.

But still, I had depression. And I have it today.

I recently told someone who doesn’t know me that well (like, on a deep human being level) very casually that I have depression and anxiety. They seemed very surprised. I guess I don’t look like the face of depression. And most people don’t expect it to be a casual revelation but, for me, that's step 1 of breaking down stigma.

Mental health advocates often make comparisons to the more straightforwardly “physical” ailments to help people understand mental illness. No one claims to not understand how cancer or diabetes might affect one’s life.

As such, I recently thought of a way to describe my depression that makes sense to my partner, a non-depression-haver. He does, however, have asthma.

I explained how just as sometimes his asthma is bad and very irritating, and sometimes it is barely noticeable and doesn’t bother him, he still “has” it regardless of the symptoms. The asthma hasn’t healed or disappeared just because he’s had a good month of minimal symptoms.

That’s what depression and anxiety are like for me. They aren’t gone just because my symptoms are minor and my treatments and coping mechanisms effective.  Over time, as I’ve gotten older, the intensity of my experience of these things has naturally subsided, which doesn’t happen for everyone, unfortunately. In fact, I’ve often wondered if it might be "harder" (if you can qualify and evaluate that sort of thing) to develop major depression in adulthood.

I can have days, weeks, months, of feeling nothing that is linked to anything beyond the regular everyday issues and upsets, but I know I still “have it.”

I’m more comfortable saying I have depression than I am depressed – the latter is too finite for me. Because, well, I’m not always “depressed.” Sometimes I rarely am. But I still have depression.

The outpouring of reaction pieces to Williams’ death was immediate and vast. I read as many articles as I could, but a few stand out.

This one by James Rhodes provides a powerful description of depression that resonated with me, as well as this observation:

“When we misuse words like ‘depressed’ something insidious and destructive happens. They become part of our vernacular, their meaning is diluted, it becomes much harder to give weight and necessary attention to those who really are suffering from depression.”

This led to a virtual discussion with some friends, during the course of which I realized and stated that there is not one way to be depressed. If we see suicide as the ultimate expression of an inability to cope, that doesn’t mean many people, people for whom suicide may never be a consideration, aren’t depressed and hurting. There are many people who experience depression but may never really show its impact.

They might not miss work, or stop being “productive,” or lose friendships and relationships. They might, rather, push themselves to do and be more in order to cope. Their depression may never (or rarely) manifest itself in a way that resembles an inability to function.

There is a long continuum between “functioning” and “non-functioning” and there’s no clear consensus on what constitutes either state of being. I want people to realize that there is no definitive way to experience, and thus show, being depressed.

This article by Tom Clempson astutely observes that Williams died from depression, not suicide:

Thích Nhat Hạnh talks of cradling your sadness and pain like you would a newborn baby. The idea behind this is to care for and be gentle to this part of yourself. You may sometimes hate the part of yourself that causes you to experience mental illness, but you should take care of it. You deserve to show yourself that compassion.

There is no one face of depression, but many. I am one of those faces. 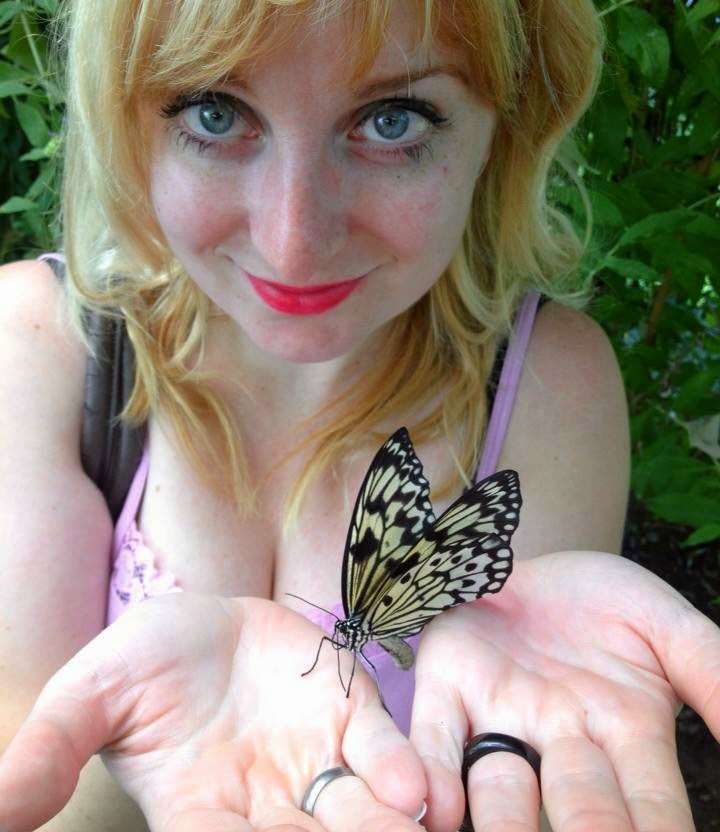 “Hope is important because it can make the present moment less difficult to bear. If we believe that tomorrow will be better, we can bear a hardship today.”
― Thích Nhat Hạnh
Posted by Zaren Healey White at 9:40 PM