Schools have a responsibility to create anti-sexist environments

Since last week, renewed focus has been devoted to the issue of school dress codes and the potential for sexism in schools here in Newfoundland and Labrador (and everywhere) regarding how we respond to the bodies of both girl and boy children and teens. Most importantly, the issue is connected to our extremely problematic societal tendency to tell girls that they need to dress a certain way because their bodies may be “distracting” to boys.

Related from last year: Breasts of Burden: Wear a Bra, but Wear it Secretly 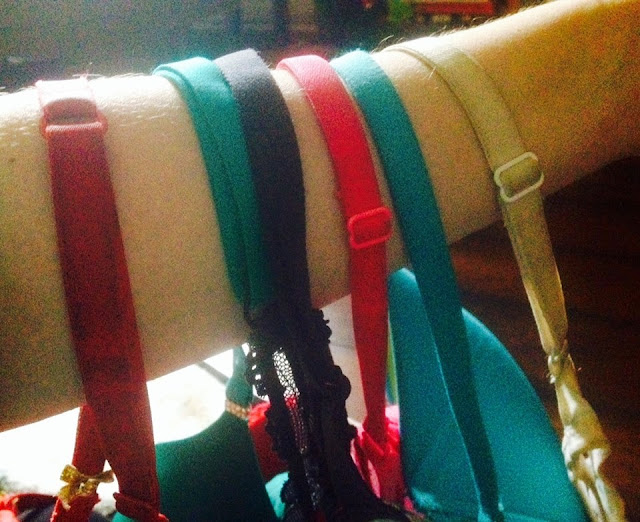 Similar stories – of students speaking out against the oppressive nature of dress codes steeped in sexism – are popping up all over the place. I don’t know if I’m paying more attention, more closely following such reports than I did years ago, more in touch due to the greater connectivity of social media, or if, perhaps, young people are speaking out more.

A group of girls at Beaconsfield Junior High in St. John’s spoke out using typed signs – with impressive articulation and poise – about their frustrations with feeling that their bodies are sexualized and their clothing choices deemed inappropriate in a way that, they feel, is not the same as how their male classmates are treated.

While this event has raised many discussion points ranging from the problem of negative messages directed at girls about their bodies, to calls for the implementation of school uniforms as a potential answer to the problem, it’s crucial to analyze how bodies, clothing, and appearances are judged, scrutinized, and evaluated in a way that continues to be inherently sexist and marginalizing.

We all have deeply fixed convictions about what is and is not appropriate, and a lot of it is absolutely rooted in notions of propriety around sexuality and sexual expression, whether you’re willing to admit it or not. You cannot separate notions of attire and “respectability” from the social imperative against public nudity; there are parts of the body we’ve all been socialized to conceal in public.

Most of us would agree that an elbow is fine to be seen in school, but an entire breast may not be fine. Sure. But why? Where do our ideas and assumptions come from?

We need to be critical thinkers when negotiating clothing and bodies around regimes of “appropriateness” and “professionalism.” These are not fixed absolutes. They are entirely deserving of challenge, and, when considering a multi-generational environment such as a school, we need to consider how ideas that have never been challenged have the potential to be damaging to kids and teens.

“It’s always been that way” and “we all know dressing a certain way makes people think you’re a certain kind of girl” are not valid justifications for a sexist dress code. Telling girls parts of their body “invite” male attention, and normalizing that boys “can’t help themselves,” are horribly uncritical messages to send to girls.

On another note, most of the discourse around school dress codes and discouraging sexual attraction or “distraction” among students is extremely heterosexist. Kids have same-gender attractions at many different ages, and it should never be assumed the attractions being discussed are all heterosexual in nature. Any notion of a dress code must also consider how to legislate the “appropriate” clothing for different genders in a way that is not cissexist and exclusionary – trans and non-binary kids need to be supported and have their needs and concerns approached in a way that is educated and sensitive.

Here are some things to consider when discussing teens’ bodies, attire, and notions of appropriateness:

Teachers and administrators should consider all the ways they can react to a situation in order to respect and centre the needs, thoughts, feelings, and experiences of the students actually involved. There is a range of ways to approach, consider, and reflect upon clothing norms and sexualization of pre/teen bodies without threatening suspension. I think teachers have a responsibility to conduct all aspects of their job in a way that actively challenges sexism and prejudice.

There is inherent sexism and oppression in how female/feminine bodies have more “no show zones” than male/masculine bodies. To pretend that patriarchy isn’t a thing, that there isn’t a long and deeply entrenched legacy of the marginalization of women, and that many of our contemporary ideas about female bodies are not intertwined with a history of suppressing and controlling women’s sexuality from earlier eras, is foolish and shortsighted.

Having been a teenage girl, I can attest to the negativity of early sexualization imposed upon me by others and the reinforcement of my developing body as aberrant. It’s embarrassing to have your body constantly scrutinized just for daring to wear something that fits your body better than a burlap sack. Until you know what it feels like to be in this position, from a young age, it’s important to ask those who can tell you about it.

Schools should be anti-sexist. Not just non-sexist – there is a subtle, but significant, ideological difference. Schools need to do more than just passively not perpetuate sexism – they should actively work to create environments that challenge sexism everyday.
Posted by Zaren Healey White at 12:11 AM